June McIntyre spent two years studying textiles in Winchester College of Art and Design before marrying and becoming a mother. In the early sixties she moved to Dublin and was working as a dress designer/maker for a small upmarket boutique in Ann Street and also for a few musicals at the Olympia Theatre, when she had an exhibition at the Ritchie Hendricks Gallery in Molesworth Street.

In 1964 she moved back to England where she studied at Sussex University and obtained a B.Ed. Hons in teaching Art and Design. For twenty years she taught in a large Brighton comprehensive eventually becoming a head of a faculty covering Art, Drama, Music and Home Economics!

When her Irish husband took early retirement from the sound broadcasting business they moved back to live in West Kerry Gaeltacht.

The inspiring surroundings and the Celtic Tiger enabled her eventually to open her own gallery – Dingle Artworks which is run as a small co-operative and looked after by her daughter Louise McIntyre, who is an artist working in Papier Maché.

June now paints almost exclusively in expressions of her immediate surroundings and besides her innovative silk paintings and batiks she produces many oils, watercolors and botanical flower paintings.

The Gallery, which is a feast of colour, has also a wood turner, ceramist, a metal worker and Paiper Maché artist.

Items may be purchased from as little as 50c to €3000 and include many exclusive gift cards and of course works of art. 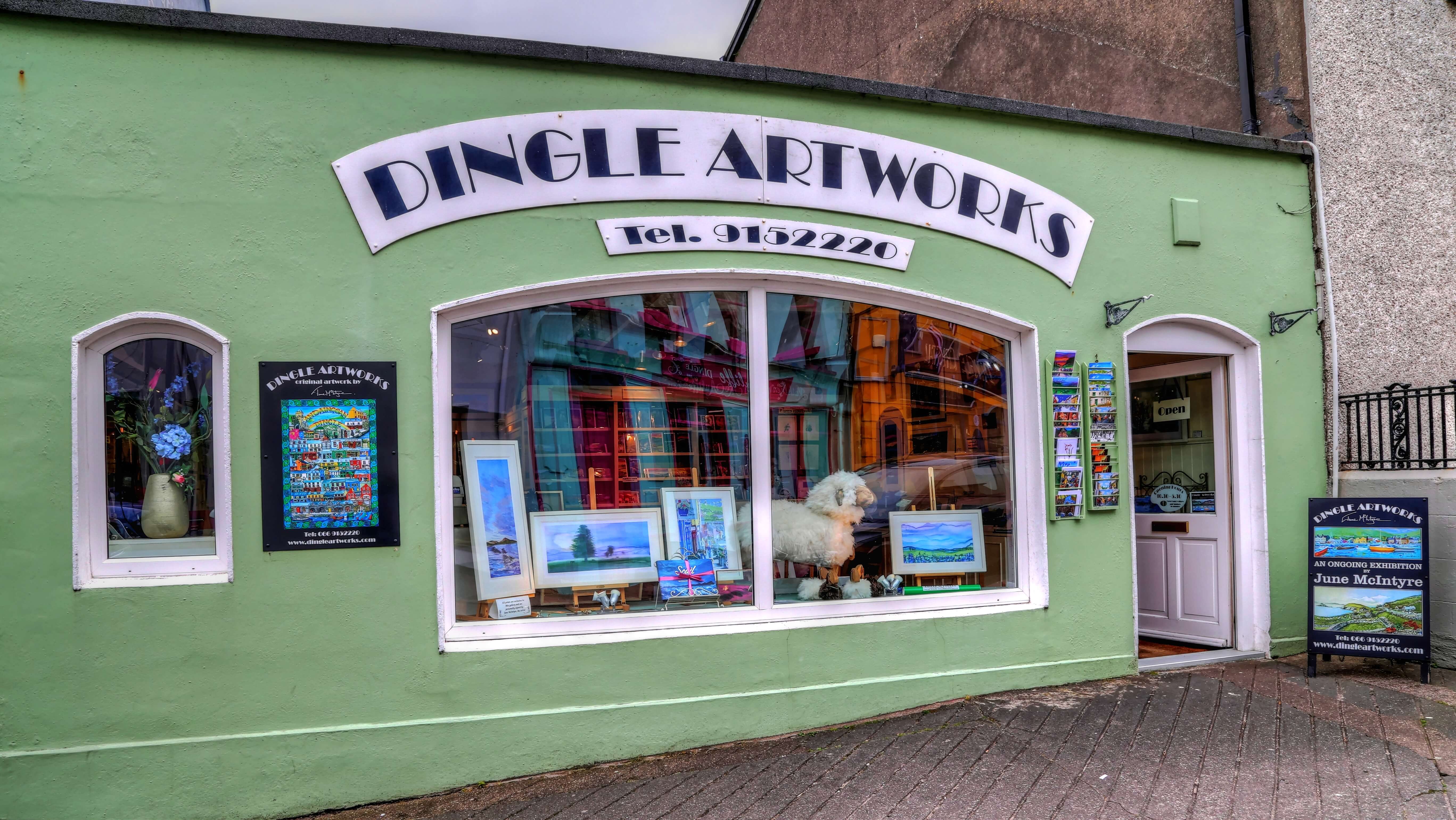 Above: Dingle Artworks is close to the church in Green Street.

Send a message to this business 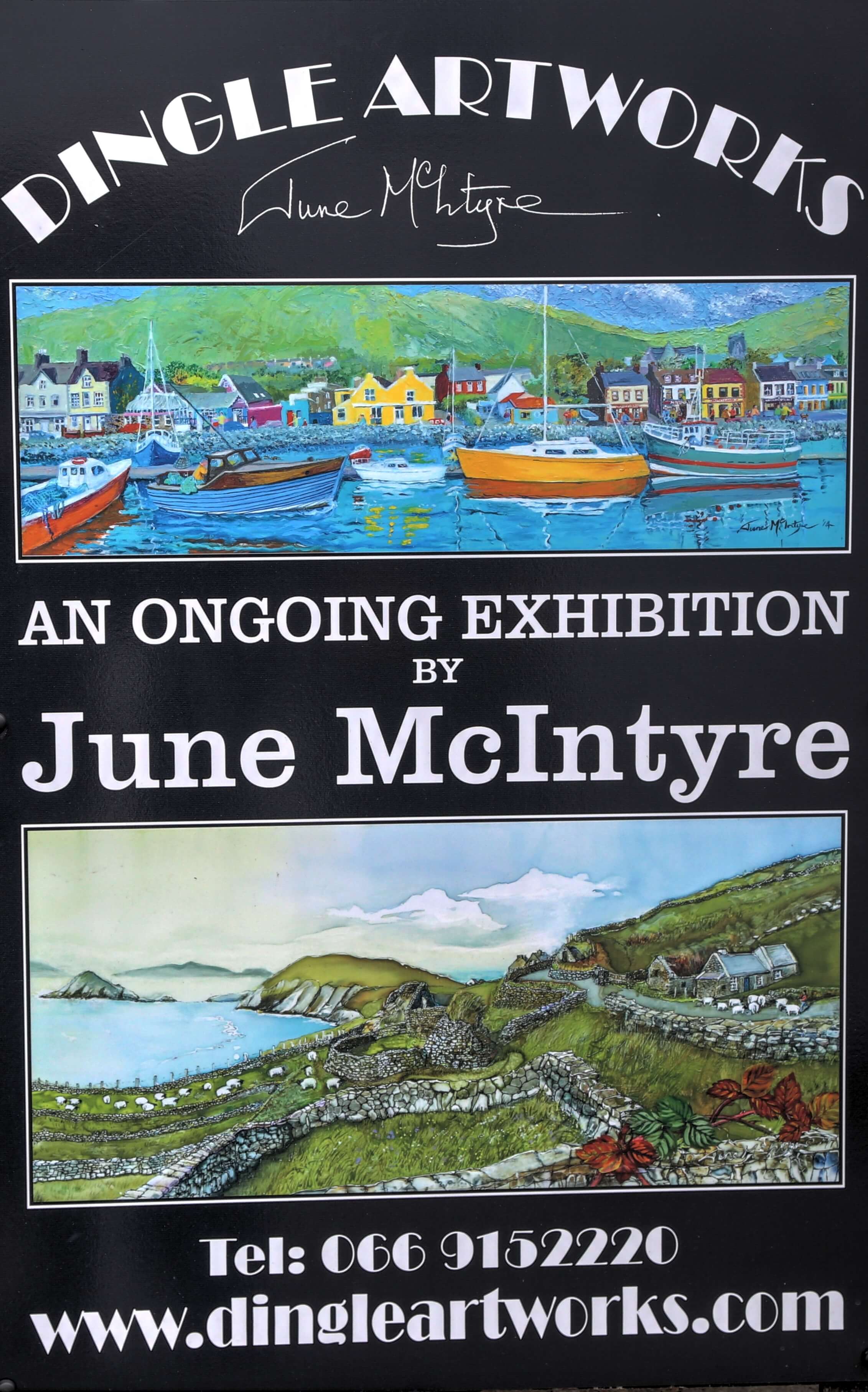 Gallery of Images from Dingle Artworks 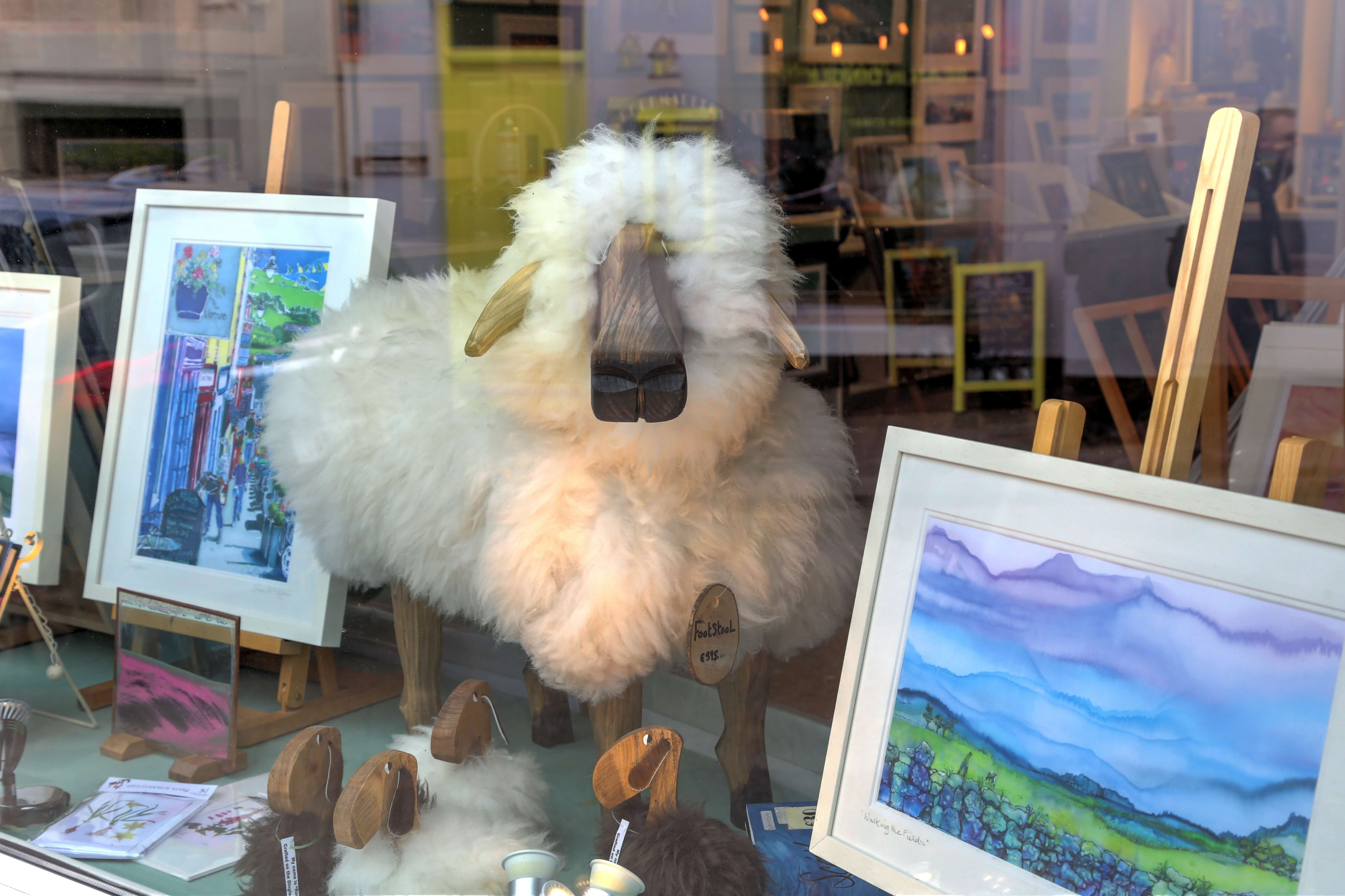 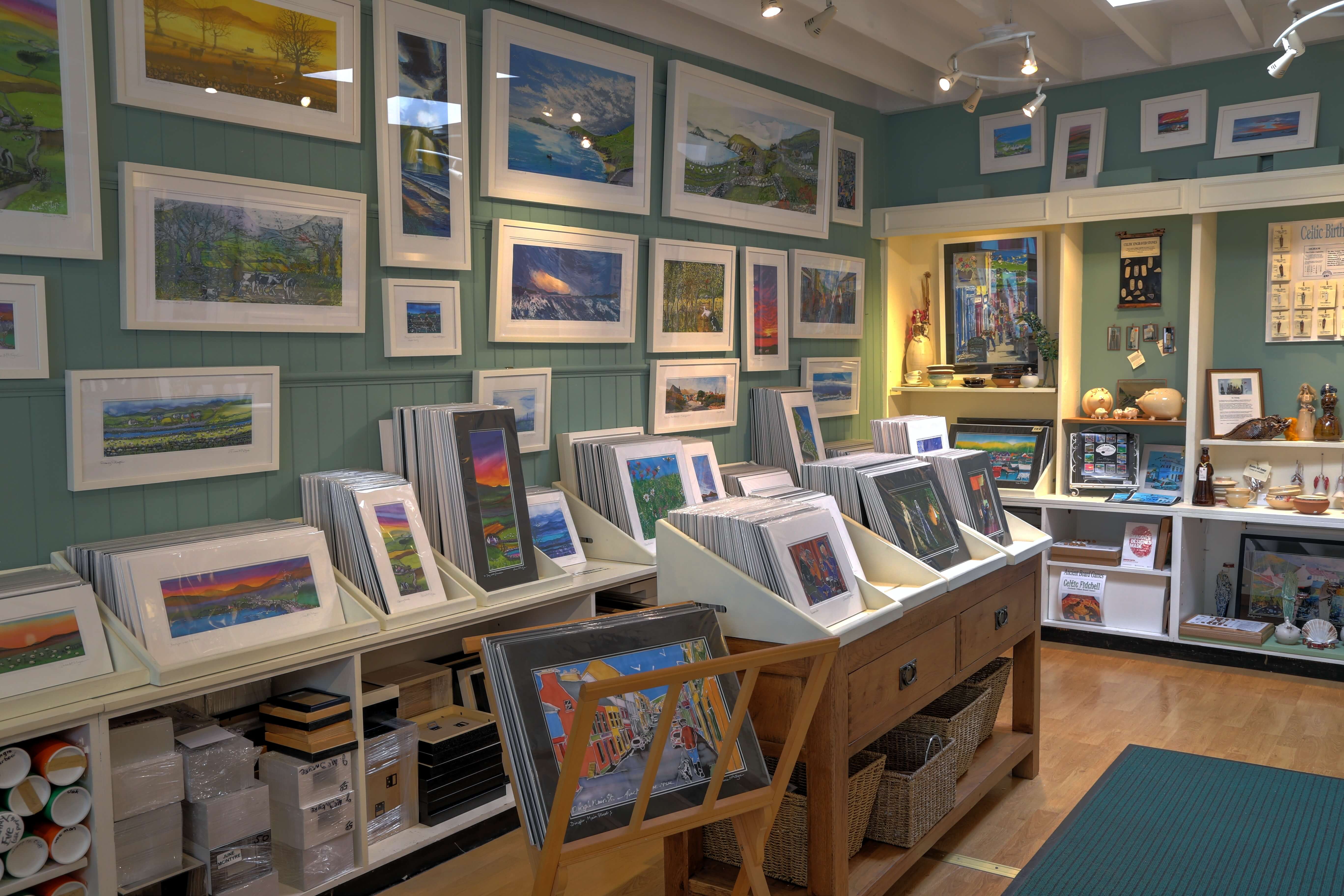 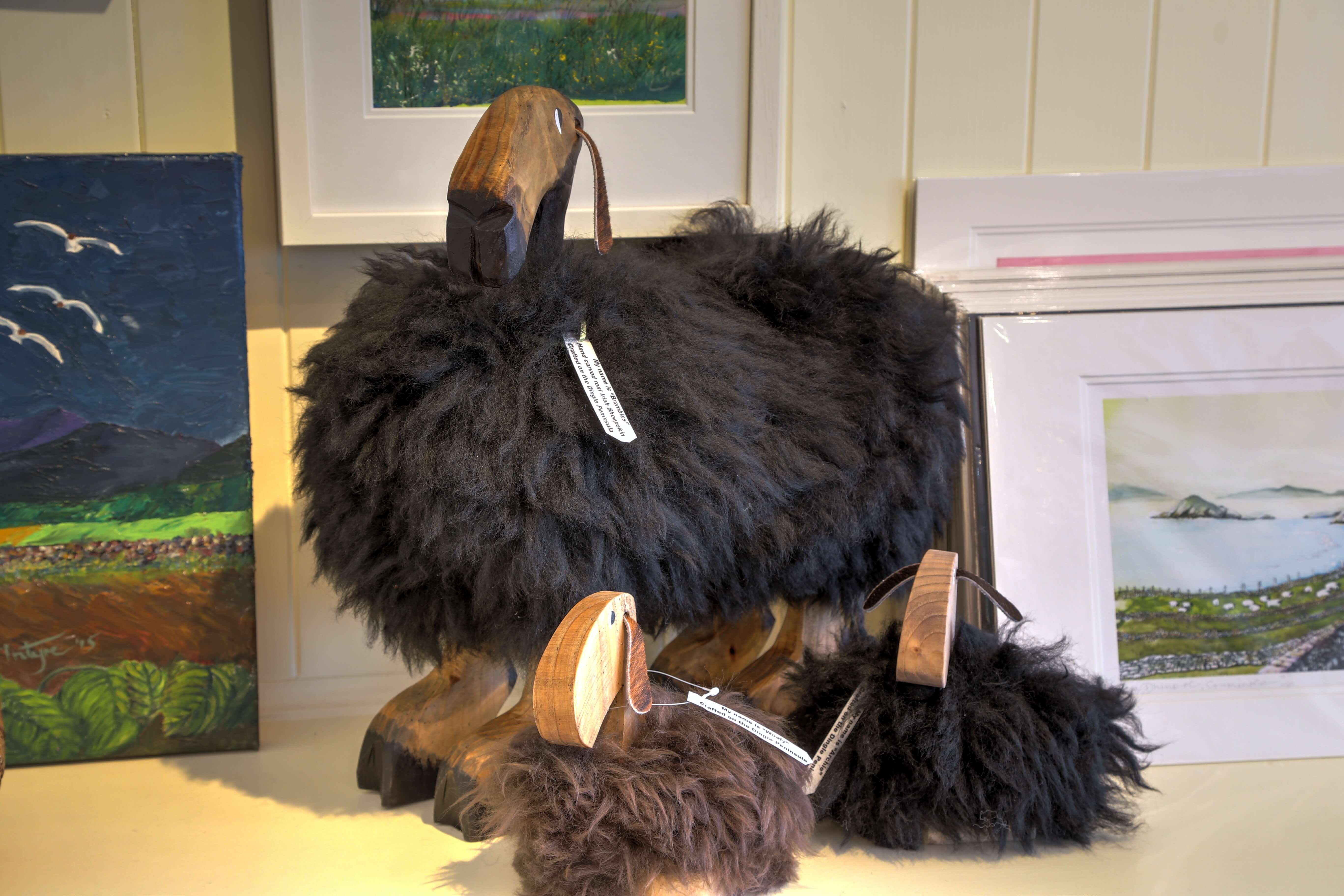 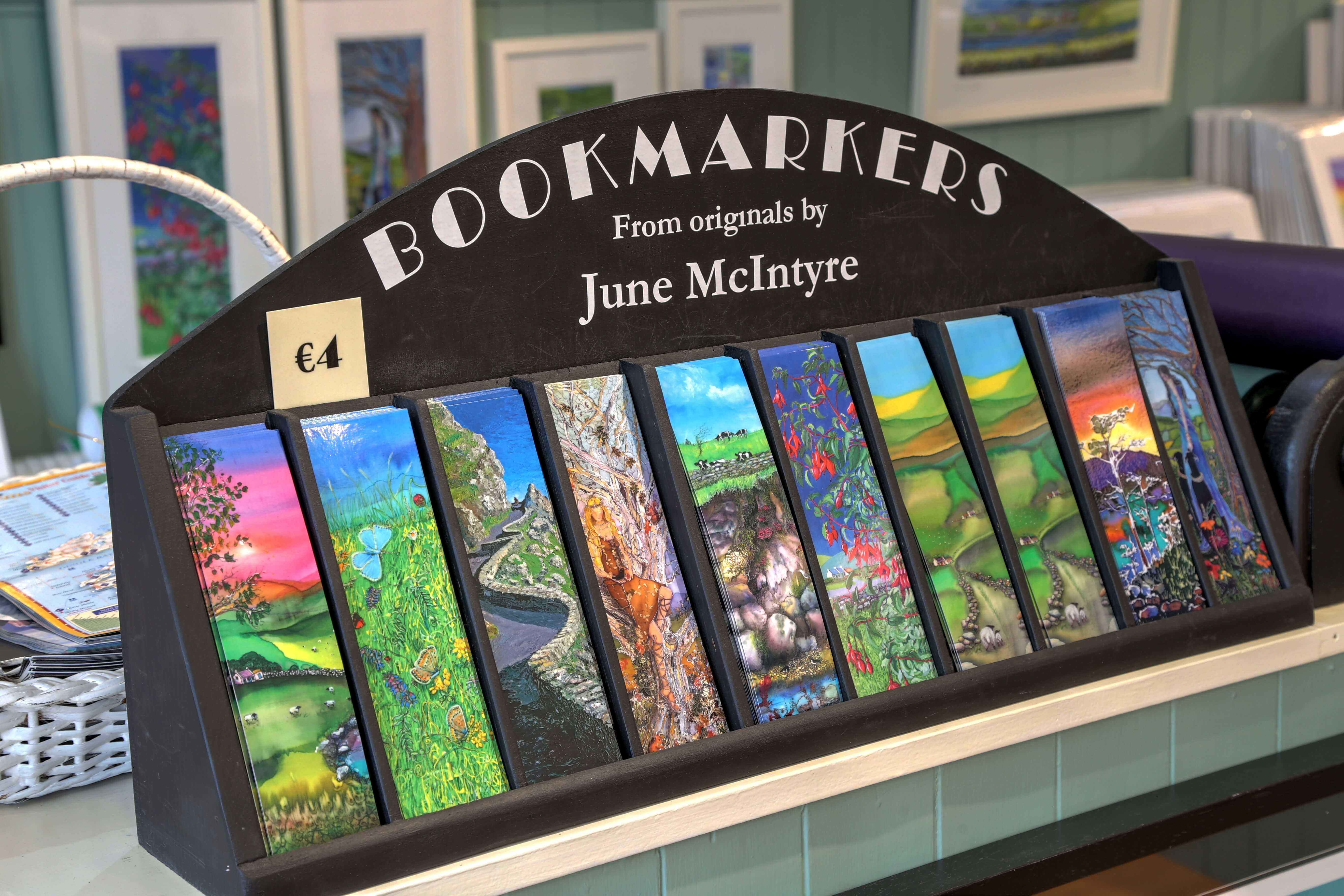 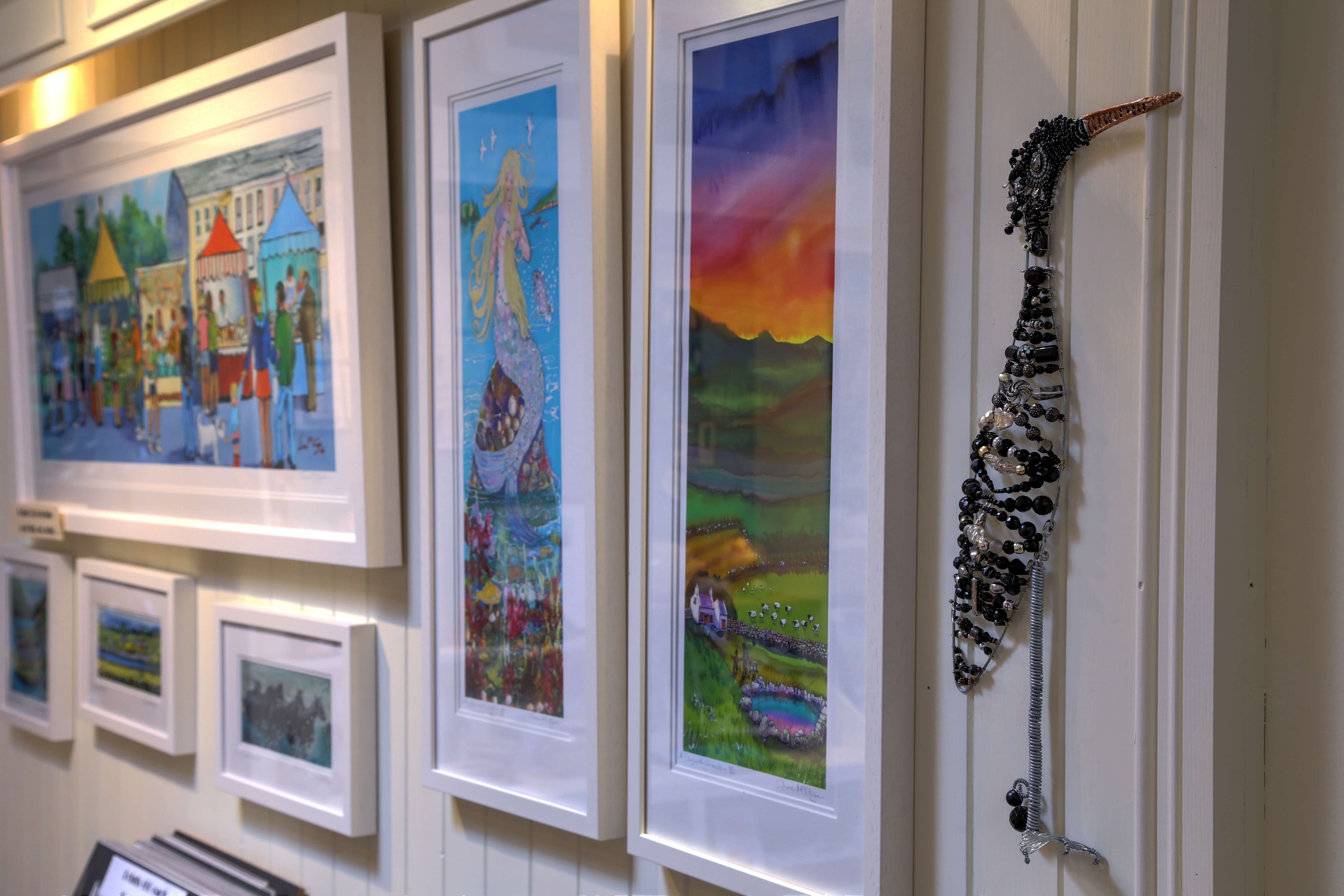 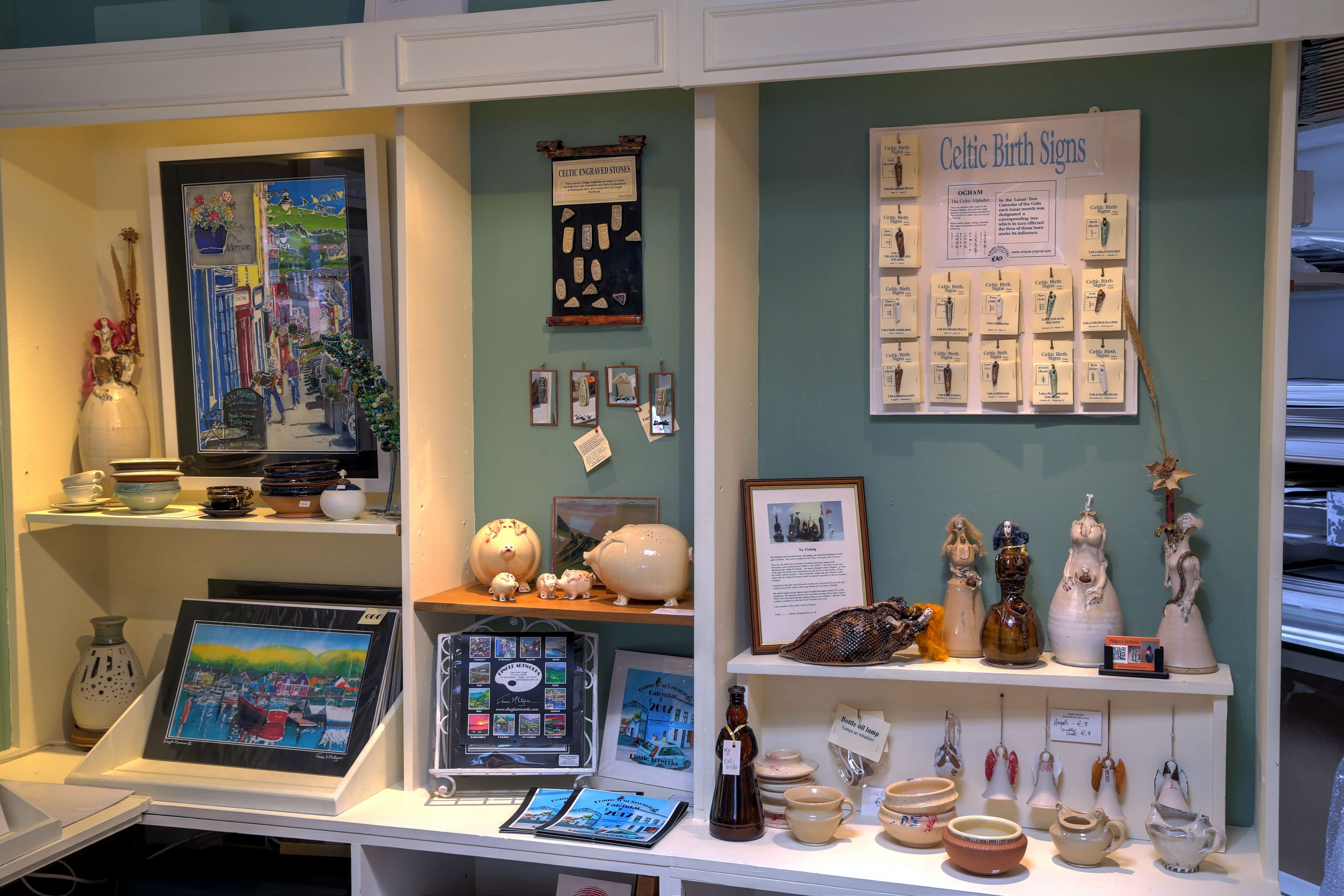 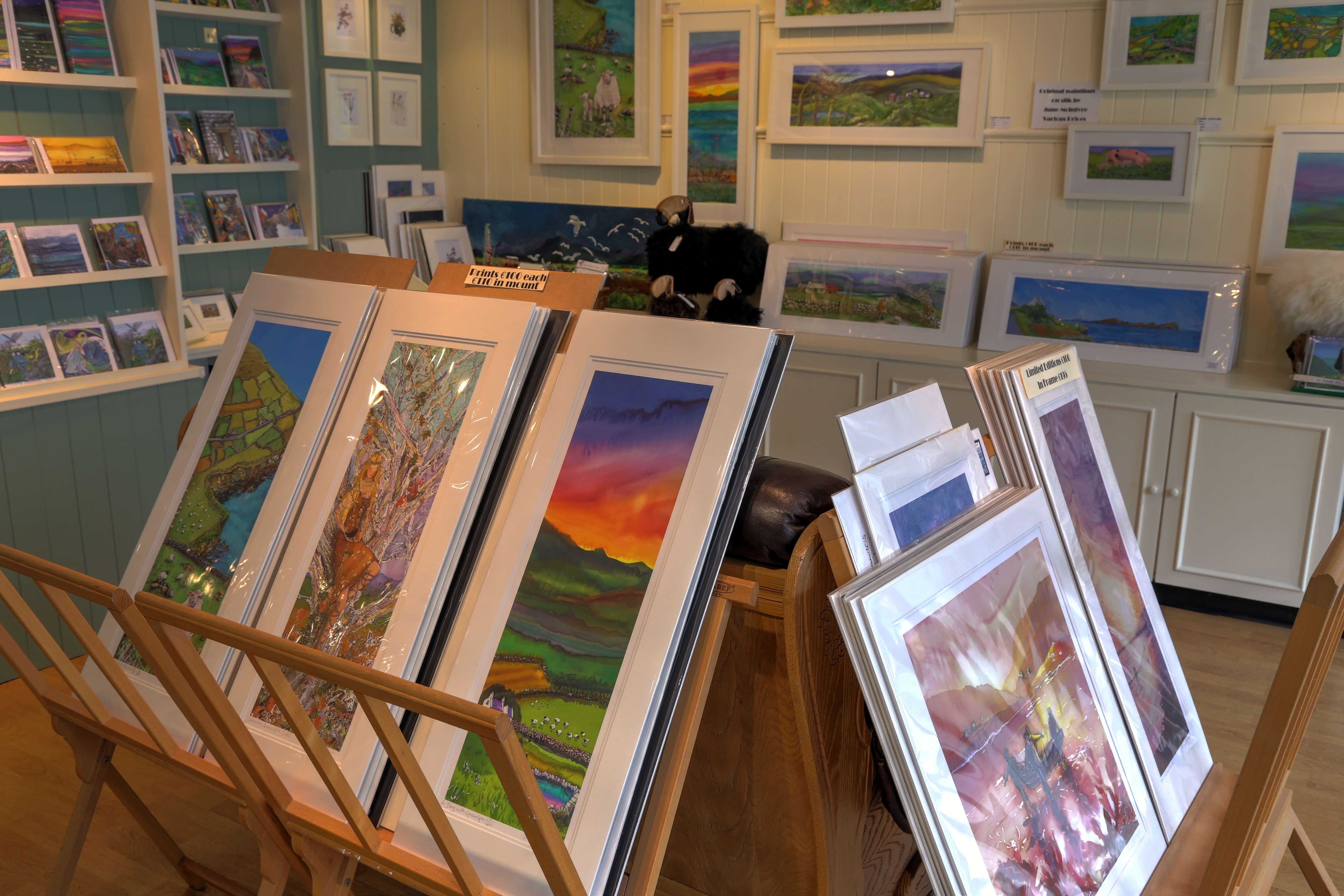 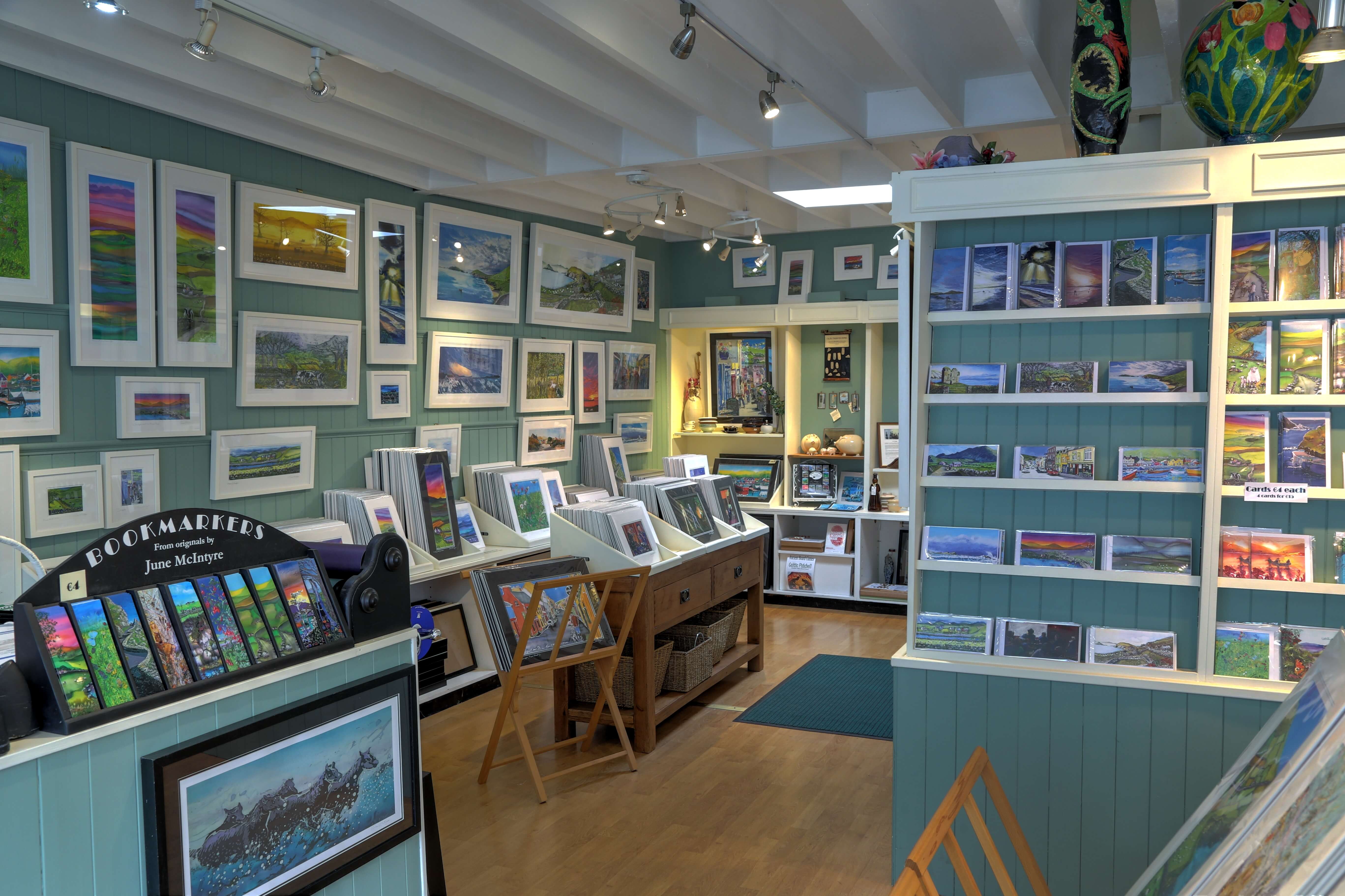 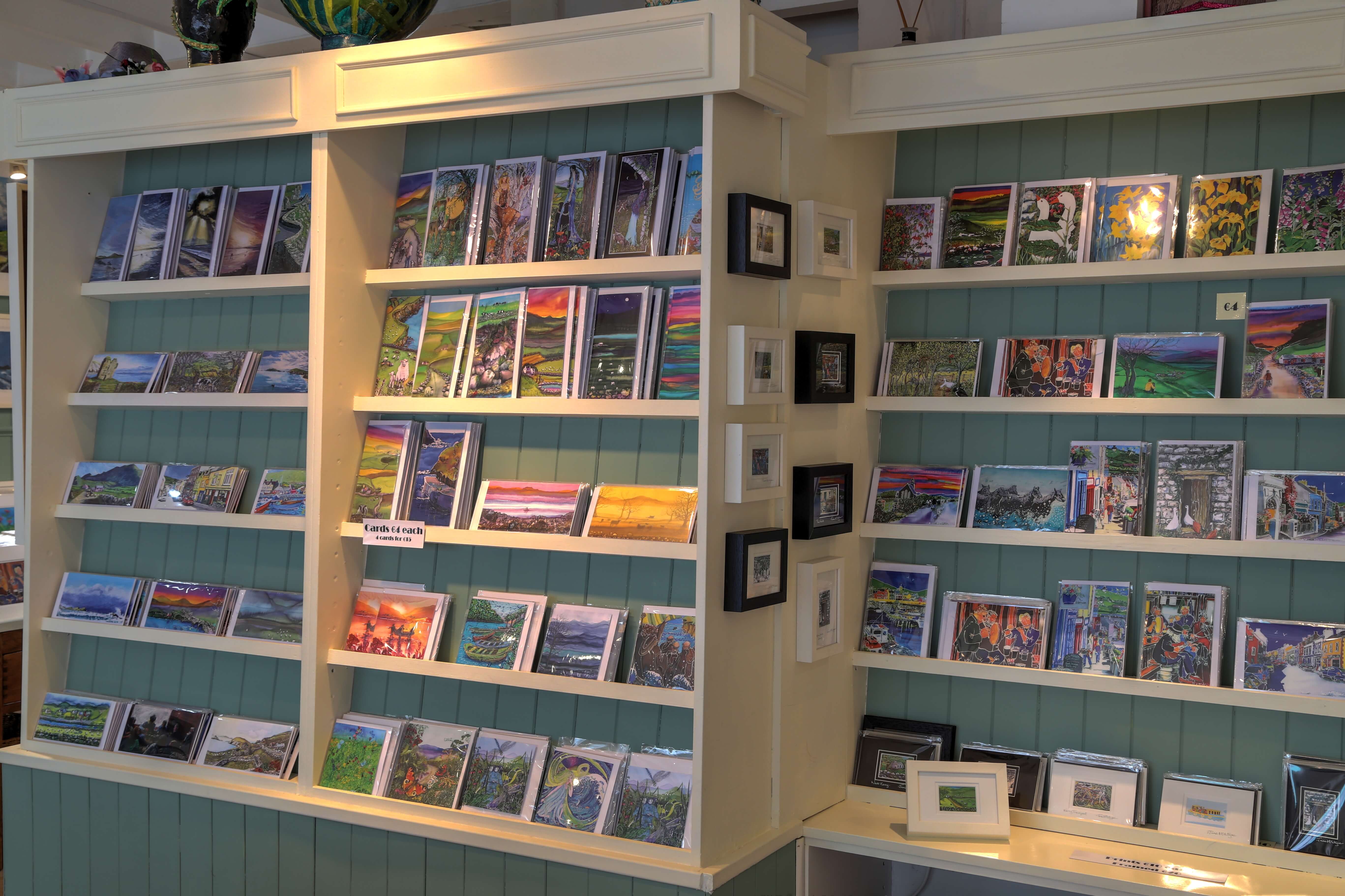